Carnegie Corporation of New York released its annual list of Great Immigrants on June 28 comprised of 38 naturalized citizens who enrich the fabric of American culture and strengthen our democracy through their lives, their work, and their example. Our philanthropic foundation, its board of trustees and staff, invite Americans to help celebrate these distinguished individuals by participating in its online tribute titled “Great Immigrants, Great Americans.”

Every Fourth of July since 2006, the Corporation has sponsored the public awareness initiative to commemorate the legacy of our founder, Scottish immigrant Andrew Carnegie, who believed strongly in both immigration and citizenship. Today the Great Immigrants tribute is an archive of accomplishment featuring more than 500 exemplary naturalized U.S. citizens. For 2018, the honorees represent nearly 30 different countries of origin, a range of personal immigration experiences, and high-level leadership in numerous fields, all of them united through their experience of becoming Americans. Among the honorees:

“Andrew Carnegie understood that immigrants come here to be a part of America, not apart from America” said Vartan Gregorian, president of Carnegie Corporation of New York.  “In their faith, their love of family, and their patriotism for their adopted land, these Great Immigrants have done so much — and will do so much more in the future. For this, and for all their contributions, we respect, admire, and celebrate them.”

The honorees will be recognized with a full-page public service announcement in the New York Times on the Fourth of July. For the months of June and July, the Corporation has produced public awareness materials for sharing online via Facebook and Twitter @CarnegieCorp #GreatImmigrants.

Nearly nine million lawful permanent residents (LPRs) are currently eligible to naturalize and become U.S. citizens. In keeping with the mission of our founder, Carnegie Corporation of New York is committed to the integration of LPRs with the goal of helping them become citizens who can participate fully in our democracy.

The 2018 Great Immigrants and their countries of origin: 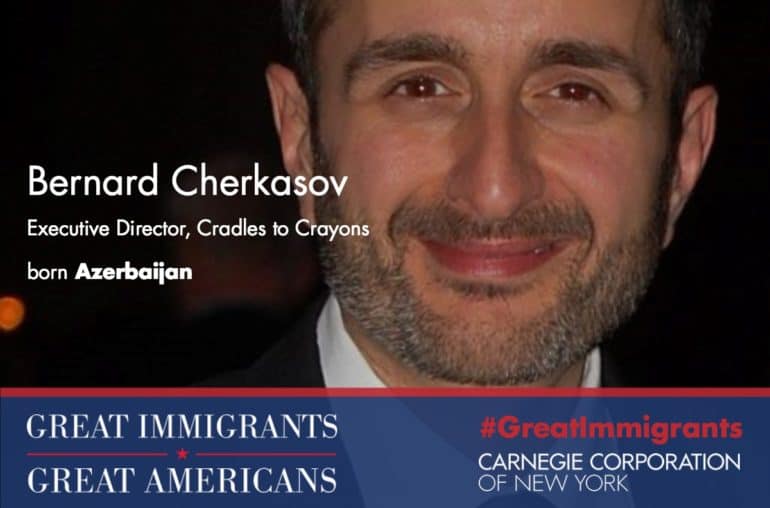 « #Pride30: Once a refugee, Bernard Cherkasov now dedicates his life to helping others